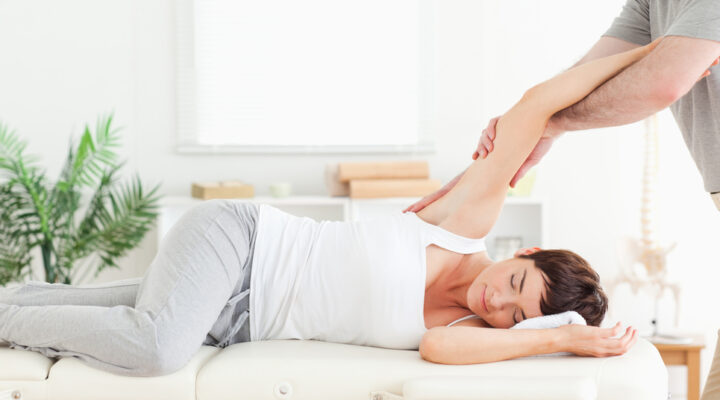 Chiropractic services have long been a safe, drug-free method of reducing or eliminating back pain, neck pain, migraines, fibromyalgia, osteoarthritis, and a host of other skeletal, muscular, and neurological maladies. Over 20 million Americans visited a chiropractor last year. San Diego chiropractors alone have treated thousands of patients; many of these patients found no relief from their pain through other medical treatments. In today’s environment of ever-increasing prescription drugs and skyrocketing hospital bills, chiropractic services are more vital to the well-being of the general populace than ever.

The tenets of chiropractic care were first proposed in 1895 by Daniel David Palmer, and since then, this revolutionary practice has progressed to become the most popular alternative medical treatment in the world. And today, just as it was over a century ago, chiropractors pride themselves in a natural, chemical-free approach. The over-reliance of modern medicine on prescription drugs has been thoroughly documented and debated, and chiropractic services exist as a counter to this worrying trend. Furthermore, chiropractors discover new applications for their craft every year. While chiropractic care has always been known to relieve back pain, new evidence suggests that it may be effective in treating conditions such as sciatica, migraines, fibromyalgia, ear infections, high blood pressure, and scoliosis. Additionally, chiropractic care can remedy more common afflictions such as poor posture, poor coordination, and chronic muscle fatigue.

Many chiropractic clinics, such as the San Diego chiropractors at Scripps Chiropractic, also offer massage therapy. The recipients of deep tissue massage often espouse the benefits of it more capably than any scientific study, nonetheless, scientific research has shown than the benefits of massage therapy on both physical and mental health are numerous and sweeping. Most people schedule a massage for stress-related reasons, and massage therapy has been shown to significantly reduce stress. However, it is also crucial for the health of those who suffer from muscle pain and insomnia. It is particularly effective for older adults; massage therapy has been shown to increase the quality of life in the elderly almost immeasurably. It can ease the pain of those in hospice care, reduce the pain of rheumatoid arthritis, and it can temper the effects of dementia. Everyone needs to be touched. The scientific findings of the efficacy of massage care proves that.

For years since its inception, chiropractic care was thought of only as a way to treat chronic back pain. While it does conclusively accomplish that, it can also benefit people in myriad other ways. For example, migraines have often befuddled doctors – often times, there is no clear link between anything the doctor can test for and the migraines themselves. However, almost one quarter of patients who underwent chiropractic care saw a sharp reduction in the frequency of their migraines, and nearly half experienced less intense pain.

The sciatic nerve begins at the pelvis and runs down the length of the femur. One wouldn’t assume that a medical treatment that focuses on the back could improve chronic pain in this nerve whatsoever. Yet the European Spine Journal recently published a report that stated that nearly three quarters of those who underwent chiropractic treatment for sciatic nerve pain experienced marked improvement, compared to only one fifth of those who received traditional physical therapy.

Children often get ear infections, and most parents wouldn’t see any reason to take a child with an earache to the chiropractor. The ones that do, though, have often seen an overnight improvement in their child’s symptoms. While the reasons for this unexpected connection between the inner ear and chiropractic vertebrae manipulation are not fully understood, several case studies have proven that there is a link between the two. An earache is one of the most painful experiences of a child’s life, and conventional treatments for ear infections can be equally painful. Parents should consider a visit to the chiropractor the next time their child suffers from ear discomfort.

While there are many unexpected benefits of chiropractic care, some advantages have been known for over a century. Chiropractic vertebral manipulation is still the best drug-free way to treat chronic back and neck pain. The 22 million people who visited their local chiropractor last year attests to the potency of the treatment. Even more can verify the virtues of massage therapy, both as a why to relieve physical pain and as a way to alleviate mental stress. The elderly, especially, should receive a deep tissue massage at least a few times per year – the benefits of massage therapy have been proven through both broad clinical research and specific case studies. Whether it’s for pain management, stress reduction, or even an ear infection, there’s always a good reason to visit the local chiropractor.